PORTLAND, ORE. — With no immediate impact expected for its radio stations, at least in the short-term, Alpha Media has announced that it has filed for Chapter 11 bankruptcy protection.

It’s a move designed, RBR+TVBR has learned, to reduce its massive $267 million debt burden and restructure its agreement with one key lender.

And, it is a decision that the company founded by Larry Wilson and today led by Chairman/CEO Bob Proffitt says will strengthen it once it emerges with a reorganization plan.

Plus, it will allow Alpha to invest in expanded digital capabilities.

In a statement posted to the Alpha Media website, the audio media company that owns such stations as KXL-FM and KINK in its home market of Portland; WDHT “Hot 102.9” in Dayton; and KBAY and KEZR “Mix 106.5” in San Jose says the Chapter 11 filing will also raise incremental capital to allow the company “to successfully navigate current market conditions and pursue growth opportunities.”

There will be no management changes. Everyday station operations remain as-is.

And, with its clusters such as Dayton; Louisville; and Lincoln, Neb.; Alpha has the ingredients for a strong emergence from bankruptcy.

It is San Jose and its home market of Portland, each ravaged by COVID-19 in 2020, that are the toughest for Alpha.

Without naming the lenders it is working with, Alpha and the lenders agreed to a plan that gives the broadcasting company new capital — in the form of committed debtor-in-possession and exit financing. In a second filing with the court, a $20 million Senior Secured Priming Superpriority Debtor-In-Possession Note Purchase Agreement was signed.

Translation: the lenders will bankroll Alpha through its exit from bankruptcy.

And, with the emergence from bankruptcy, Alpha management and “certain” lenders will collectively own 100% of the post-reorganization Alpha Media. This will require the filing and subsequent approval of forms submitted to the FCC.

And, as was the case for Cumulus Media, iHeartMedia, Estrella Media predecessor LBI Media, and Steel City Media, restructuring of the Alpha Media balance sheet will require receipt of bankruptcy court approval in addition to regulatory approval.

If all goes according to plan, Alpha expects to conclude the restructuring process by the end of June.

Commenting on the Chapter 11 decision, Proffitt said, “We have made significant progress in aggressively deleveraging our business in recent years. As we proceed with our financial restructuring to improve our capital structure and manage through the ongoing downturn caused by the COVID-19 pandemic, the agreement we reached today will leave Alpha Media well positioned for a market recovery as a stronger and even more competitive company.”

“Broadcast radio is the leading reach medium in the United States, with attractive ROIs for advertisers, and radio continues to be an indispensable communications platform nationwide,” Proffitt said. “We believe the balance sheet restructuring will provide greater financial resources and flexibility to Alpha Media, enabling the company to strengthen its position as a leading mid-market broadcaster in the United States, and invest in new digital capabilities to better serve our advertisers and communities.”

And, in a nod to the performance of Alpha’s stations in Nebraska’s second-largest market, the Miami Valley of Ohio, and Louisville, Proffitt said, “Our core business continues to perform well despite current market challenges. We will continue to invest in our talented teams to foster the unique culture that has been key to Alpha Media’s success in delivering dynamic, diverse and exciting content to our communities.”

— Reporting by Meagan Cauthen and Ed Ryan, with editing by Adam Jacobson and editorial research from the RBR+TVBR West Coast Bureau. 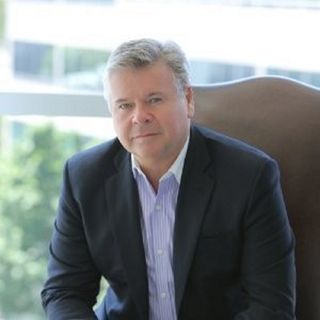 What role have Alpha Media’s flagship stations played in informing and entertaining listeners across Oregon’s biggest market, and how have the stations worked with clients in “the rebound” from COVID-19 shutdowns?

RBR+TVBR got the exclusive answer from President/CEO Bob Proffitt, who also shared positive stories from two Ohio markets where Alpha Media has stations, in this recent RBR+TVBR InFOCUS Podcast, sponsored by Dot.FM.

TEGNA Beats The Street With A Strong Q4