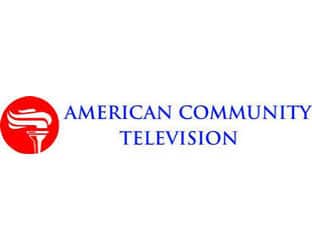 American Community Television (ACT), a non-profit advocating on behalf of Public, Educational, and Government (PEG) access channels across the country, joined TVfreedom.org in the fight to preserve the lifeline basic service tier on cable TV systems. The new partnership has been formed as Congress considers a series of potential pay-TV-led legislative add-ons that would include the elimination or redesign of the basic service tier as part of the reauthorization of the Satellite Television Extension and Localism Act (STELA).

ACT is the 28th organization to join TVfreedom.org, and will work with TVfreedom coalition members to help push for legislation and policies that will preserve localism, while protecting affordable access to broadcast TV programming and PEG channels on cable TV systems for millions of low-income households, seniors, and minority communities across the nation.

Bunnie Riedel, Executive Director, ACT, said, “We are delighted to join TVfreedom.org and look forward to working with its coalition members to actively advocate for localism. We are concerned with so-called ‘reforms’ that actually erode competition in the U.S. video marketplace and, if implemented, would ultimately hurt the long-term viability of PEG channels across the nation.”

ACT, which represents more than 5,000 PEG access channels operated by municipalities, educational institutions and nonprofit organizations nationwide, is fully engaged in Congress as it seeks passage of the Community Access Preservation Act (CAP Act, S.1789). The CAP Act would preserve PEG access channels on Cable TV’s basic tier of service, provide support for those channels, allow for the expanded use of PEG funding for station operations, and ensure cable companies transmit PEG channels without charge to local governments.

“We are pleased that American Community Television has joined TVfreedom.org in the fight to stand up to the pay-TV industry on these critical policy issues,” said TVfreedom’s Director of Public Affairs, Robert C. Kenny. “The Cable TV industry, in particular, is attempting to skirt long-standing public interest obligations associated with the basic service tier and community-based programming despite the fact that effective competition has not been found in more than half of the local television markets across the country.”

Kenny noted that according to a 2014 FCC report on cable pricing, cable operators have failed to show that there is effective competition for cable TV service in more than 56 percent of the local television markets throughout America.

As part of its core mission, TVfreedom will continue to fight for the millions of Americans who subscribe to the lifeline basic service tier on cable TV systems, the overwhelming majority who may not be able to afford higher-priced cable programming packages, nor have options for affordable alternatives for service in smaller TV markets.