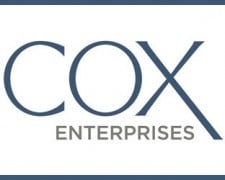 Jim Cox Kennedy, Chairman of Cox Enterprises, has asked a judge to dissolve a 1941 trust for Anne Cox Chambers, his billionaire aunt, to free the money for relatives and charities. The trust, started by Chambers’ father, Ohio Gov. James M. Cox, the Democratic presidential nominee in 1920, holds almost 175 million shares in closely held Cox Enterprises, according to a filing last week in state court in Atlanta.

The proposal would give about 8 million shares to charities, with the rest distributed to the family.

Chambers, 93, owns 49% of Cox Enterprises, making her the Atlanta-based company’s largest shareholder. She has an estimated net worth of $8.1 billion and is the world’s 147th richest person, according to data compiled by Bloomberg.

Chambers “has no further need of financial support from the trust, as evidenced by her decision to give away 100% of her income interest in the trust to charities,” according to the filing.

The proposal has been agreed upon by all of the parties involved and isn’t a legal dispute, Kennedy’s lawyer, James Spratt, told Bloomberg. The petition was filed in court because the terms of the 72-year-old trust say only a judge can dissolve it.

Under the terms of the trust, the contract will be dissolved when Chambers dies. The family wants to break the trust sooner since she and her descendants no longer need it, according to the petition.

“Governor Cox’s intent to have the trust support Mrs. Chambers financially during her life has already been fulfilled,” according to the filing.

Proceeds from dissolving the contract would be split among her descendants, as well as organizations including the Community Foundation for Greater Atlanta, the Atlanta Botanical Garden, the Whitney Museum of American Art and the Metropolitan Museum of Art in New York.

Other charities that stand to benefit are the Atlanta Humane Society, the Atlanta Historical Society, Bard College and Emory University, Kennedy said in the petition.

Chambers’ descendants transferred portions of their interests in the trust to Cox Enterprises through Georgia state courts on several occasions from 1987 to 2009, giving the company about a 25 percent stake in the trust’s remaining interest, according to the filing.