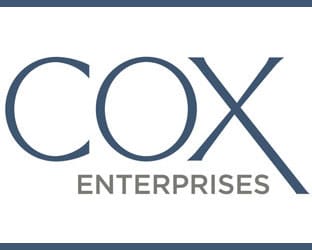 Cox Enterprises announced that after 33 years of service President and CEO Jimmy Hayes will retire in April, 2014 as part of the company’s long-term, succession plan. Hayes has held the role since 2008, leading the company’s four major subsidiaries: Cox Communications, Manheim, Cox Media Group and AutoTrader Group, as well as corporate HQ groups including financial operations, human resources and administration.

“Jimmy has led an impressive career at Cox, and I consider it a privilege having worked alongside him for so many years,” said Jim Kennedy, chairman of Cox Enterprises. “I thank Jimmy for his loyalty and service to Cox, and am delighted to work with him over the next 12 months to carefully and thoughtfully transition Cox’s next senior leadership team.”

Hayes will continue serving as a member of the Cox Enterprises board.

On 5/1, current EVP/CFO John Dyer will be named Cox Enterprises COO and will succeed Hayes as president and CEO upon his retirement.

Succeeding Franklin as president of Cox Media Group will be Bill Hoffman, who currently serves as an EVP at Cox Media Group. In this role, Hoffman oversees the majority of the company’s radio and television operations, as well as its corporate revenue efforts.