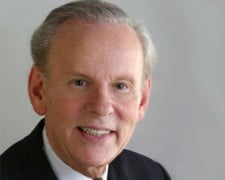 Hidden away at the back of most broadcast purchase agreements will be a provision labeled “Indemnification” requiring the seller and the buyer to “indemnify” and hold each other “harmless” from all or some part of the expenses and damages sustained after the closing. As my brother-in-the-law John Pelkey observed: “The placement of the indemnification provision toward the end of the agreement belies its importance, however. If a purchase agreement does not include an indemnification provision, a party seeking damages because of a post-closing breach by the other party to the agreement might find that it has no alternative but to file suit and argue its entitlement to damages under general legal principles that may be ill-suited to the transaction.” See John M. Pelkey, “Indemnification: A Useful Tool,” RBR/TVBR, January 12, 2012. John wisely suggests that the better approach for both the seller and the buyer is to include in the purchase agreement an indemnification provision that sets forth the rights and the liabilities in the event of a breach by one of the parties.