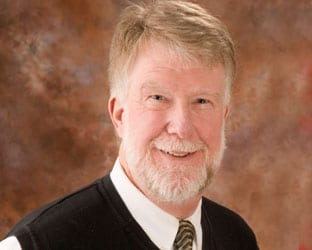 When he appointed himself “the keeper of Cool for Radio,” Bob Pittman showed more hubris than most of us could take.  Bob seems to think he’s the only one in the world with a jar of “Cool” hidden next to the big can of Whup Ass under his desk.  It also sounds like he, alone, has access to what’s inside.  What’s bothering me about all this self promotion is it has nothing to do with what we do on free, over-the-air Radio!  You can’t make Radio “Cool” again by putting a Pandora copycat service on the internet.  They don’t call TV on the internet TV, they call it Video.  Radio on the internet isn’t Radio, it’s audio.  Only terrestrial Radio is Radio, and it doesn’t get cooler because you put another program stream on iHeartRadio.  Clear Channel isn’t getting “Cooler” because you got rid of the entire species known as “Program Director” in the local markets.  It isn’t “Cooler” to run the same program on 300 stations at the same time when 299 of those audiences won’t ever even see a picture of the personality, let alone meet them and shake their hand.

While CC is able to aggregate their online audience and cross-promote national things (i.e. – Taylor Swift’s “Red” launch) it’s the power of the terrestrial signals that make it all happen.  A lot of local broadcasters were stunned to find out the world wasn’t holding their breath waiting to listen to their Radio stations as soon as they went online.  But we’re not “un-cool” because our streaming doesn’t generate vast numbers of listeners.  We’re taking a cautious approach because the revenue model just doesn’t work – and we know we’re not alone.  Our station websites are contest entry portals, information delivery outlets and fun places for our audience community to communicate with us and each other – so we’re “Cool” there too.  The road to success for Radio isn’t moving our audience online.  It’s serving them with live, local content they like – over the air.

Our little group of Radio stations makes Radio “Cool” every single day.  We’re on the air live and local, interacting with the audiences and having fun!  Two of our FM stations racked up a total of over 200 live remote broadcasts and appearances over the past 12 months.  We’re “Cool” because we take part in every charity fundraising event we possibly can – and we sell third-party sponsorships to help our area businesses “wear the white hat” and be a part of successful events.  We’re also “Cool” because we take an entirely different approach to covering local high school sports on our ESPN Radio affiliates – and there are 56 high schools spread out across our 17 county coverage area.  The audience is responding and it’s profitable.

If you’re not doing it on the air using your Radio transmitters, stop saying you’re making Radio “Cool” again.  Bob didn’t ask me, but if he did I’d say that if you want to make Radio “Cool” again, bring back real, local personalities.  Get them out doing live remote broadcasts and appearances.  Meet the audience face to face, thank them for listening to your Radio stations, ask how they’re doing, entertain them, make them smile and shake their hands.  Then last but not least, sell Radio advertising on a “dollar for dollar – time for time” basis – because if the dollars spent and the time frame are equal, Radio will get results equal to – or better than – any other media.  We reach 93% of Americans every week on free, over-the-air Radio and have the ability to fill the stores, shops and showrooms of our advertisers with customers every day.  We don’t need Bob Pittman telling everyone that Radio sucks and only he can make us “Cool” again.  Radio broadcasters need to stop worshiping at the digital alter and keep pounding on what Radio does – and can do – every day for both our listeners and clients.