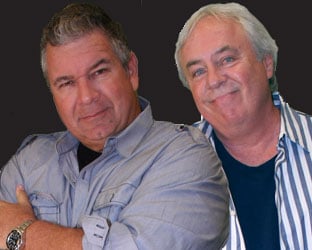 “It looks like they will have to put up with us for another four years, God help them,” said Castronovo.  “I hope Ron’s liver holds out.”

“Four years is a long time, Paul’s weight could come back two or three times during that time,” added Brewer.

The two first teamed up in 1990, debuting on WSHE-FM before switching to Clear Channel and WZTA-FM five years later.  Since 2004, its flagship station has been WBGG.  The show (www.paulandyoungron.com) is known for its A-list celebrity guests, funny bits and stories and a collection of regulars that include ESPN sportscaster Dave LaMont, local news anchor Kelly Craig, Zoo Miami’s Ron Magill, filmmaker Billy Corben, Chef Ralph Pagano, and executive producer Steve Harmon.