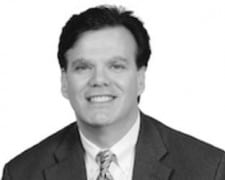 Over the past two years, the pay-TV industry has been pushing for video marketplace changes in Congress in the name of ‘consumer protection,’ targeting retransmission consent fees TV broadcasters receive from cable and satellite TV systems to air local TV stations’ broadcast network programming and local news.

Pay-TV operators are seeking to curtail broadcasters’ flexibility in retransmission consent negotiation and eliminate a series of rules that ultimately will force all consumers to pay more for access to the most popular TV programming. Pay-TV is right about one thing. Consumers need government reform of the rules governing video services. But that effort should focus on reforming the pay-TV industry, not eliminating local television.

The truth is TV stations aren’t causing monthly cable bills to soar. Cable bills go up every year because consumers are being forced to pay significantly higher fees across the board.

The pay-TV industry is notorious for padding its revenue through a barrage of abusive billing and business practices, including erroneous overbilling, excessive equipment rental fees, and ‘extra’ service charges. For example, though Apple TV and Kindle Fire TV devices retail for $99, the pay-TV industry won’t allow them to be connected directly to their systems. Pay-TV operators instead prefer to bilk consumers for $7 billion annually in monthly rental fees for outdated equipment that stymies innovation and competition. In addition, pay-TV consumers are paying inflated prices for cable channels that few watch.

In addition, public data reveals that just four retransmission consent disputes that began on or after January 1, 2014 have resulted in TV blackouts. All but one have been resolved, with two deals struck between parties within hours of the initial impasses.

Amidst hundreds of deals negotiated in 2013, a total of 19 retransmission disputes unfolded that resulted in disruptions to pay-TV viewers’ access to local broadcast TV news and programming. What’s important here though is that the vast majority of these 2013 cases were settled quickly after being blocked by pay-TV systems.

In addition, all broadcast TV programming remained accessible to TV viewers free, over-the-air via an antenna throughout the duration of these disruptions. The programming also remained available on other pay-TV systems.

Do these statistics highlight a glaring problem? Do they truly signal a broken video marketplace in need of reform?

TVfreedom.org coalition members don’t think so. The fact of the matter is that pay-TV service outages occur across the country at a remarkably higher rate due to bad weather or lousy service than as a result of retransmission consent disputes. Indeed, thunderstorms often knock satellite TV systems off the air, especially for consumers with outdated equipment, on a routine basis.

Pay-TV claims of innocence in retransmission consent disputes are belied by their desire to push broadcast TV content behind the ‘pay-wall’ on every platform, including the Internet. In seeking exclusive online content distribution, cable and satellite TV operators have, in the past, demanded that TV broadcast networks stop making the majority of their popular programming available to other highly successful digital consumer outlets, such as Amazon, Hulu and Netflix. That is anti-consumer.

In contrast, TV broadcast networks recognize the potential negative consequences of these exclusive deals on consumers and the industry, and are reluctant to give such gatekeeper power to pay-TV operators in today’s broadband world.

The pay-TV industry’s motives for reform are crystal clear. It seeks to control access to all TV content, drive up prices for America’s cable and satellite TV subscribers, and diminish the ability of broadcasters to serve as a viable market force in delivering popular programs to consumers on a variety of competitive digital platforms.

Considering the questionable business practices of pay-TV operators and their anti-competitive demands in retransmission consent negotiations with local TV stations, one must ask: are their calls for reform genuinely being made in the interest of consumers?

–Robert C Kenny is the Director of Public Affairs for TVfreedom.org, a coalition of local broadcasters, community advocates, network TV affiliate associations, and other independent organizations; he formerly served as Press Secretary at the FCC. [email protected]