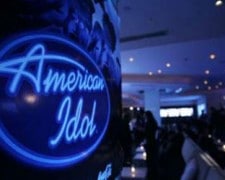 TMZ has learned Randy Jackson is officially leaving show, but will still remain a part of the show as a “mentor.”

As for his replacement Nicki Minaj’s deal is 99% done but still not a sure thing just yet, said the story.

Idol execs apparently know that judge Mariah Carey isn’t a fan of Minaj and doesn’t want her at the table, but they think the conflict and tension will be good for the show.

TMZ also reports the show will once again go with a 4th judge. Producers are gunning for someone from the Country music world for the third seat.  Most reports say that person is Keith Urban.

Reportedly, Minaj was closing in a deal worth $8 million and Keith Urban would get somewhere in the neighborhood of $3 or $4 million.

Seat #4 is up in the air. Some say it could be Enrique Iglesias.