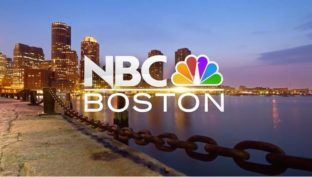 Comcast has responded to calls from two Bay State Congressmen and Senators Ed Markey and Elizabeth Warren to ensure over-the-air reception of the forthcoming “NBC Boston” is received by everyone in the Boston DMA.

In an official announcement made Monday afternoon (12/12), NBC Boston revealed that it has entered into an agreement that will see the programming of WBTS-TV, on virtual channel 8, will be rebroadcast on a HD multichannel slot tied to Sonlife Broadcasting Network’s WMFP-TV.

This new signal is expected to be Channel 62.5, and will be up and running by Dec. 21; the official transition of NBC programming from Sunbeam Television’s WHDH-7 is set for New Year’s Day 2017, and NBC Boston will also be seen on WNEU-TV’s Channel 60.2.

WNEU is licensed to Merrimack, N.H., and WBTS is a low-power TV station. With just those two over-the-air signals, reception concerns prompted Sen. Markey to ask Comcast Chairman/CEO Brian L. Roberts how it intended to provide Boston viewers “the same quality of indoor or outdoor antenna coverage in 2017 as they received with WHDH in 2016.”

Warren followed up Markey’s letter to Roberts, with Democratic Congressmen Joe Kennedy III and Stephen Lynch offering their own joint query on behalf of the House as to how NBC Boston planned to reach all in the DMA who did not cable or DBS services.

The arrangement with WMFP is a temporary one, and Comcast is actively seeking a permanent full-power station to house NBC Boston.