On Wednesday, August 19, from 11:30am-12:30pm, RBR+TVBR will host the Black Media Symposium, presented by Triton Digital. The hour-long live event on Facebook Live and the RBR+TVBR YouTube channel is a free event that begins with a keynote conversation with highly respected award-winning journalists Ed Gordon and Roland Martin, ahead of a virtual roundtable discussion with a host of Black media leaders.

RBR+TVBR spoke with each of the roundtable panelists to offer a preview of what’s to come during the Symposium. Today, we chat with Karen Slade, Vice President and General Manager of KJLH-FM 102.3 in Los Angeles, a R&B station serving the Black community since 1965.

RBR+TVBR: It has been far from easy being a lone voice in the Black community of Los Angeles for many years. Demographic changes, evolving technologies and even the 1992 civil unrest tied to treatment of Rodney King at the hands of a group of Los Angeles Police Department officers. Now, there is COVID-19 to join the mix.

What are perhaps the biggest challenges tied to operating a stand-alone, independent radio station in the nation’s largest market today — in particular one targeting a multicultural audience?

KAREN SLADE: There are so many challenges … where do I start? The basic thing is you have to love what you do. With other radio stations, and with other platforms, this forces you bring something to the table they cannot do. Over our 55-year history we have worked with people who are beyond committed, and there is a credibility that comes with that. We are a credible source of entertainment – and news and music—for our audience. And I think that has been able to withstand Entercom, and iHeart, and Urban One, and all of our competitors. 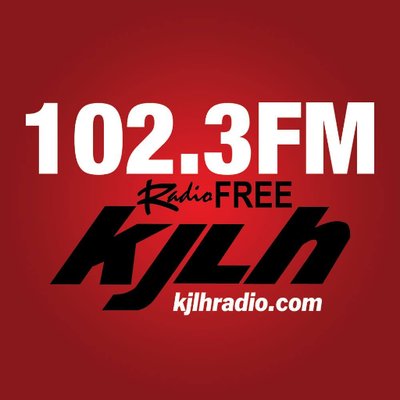 That said, there is always a fight to be had on the ad buy, and as a small Class A we don’t necessarily have the clout to get noticed. But, there is a difference when the audience hears it on KJLH. Ad dollars, first last and always, are our challenge.

Corporate dollars are there – AARP, Toyota, and most recently P&G have been supporters. But mom and pops have been our strongest supporters, and then came COVID-19. Our businesses sort of dried up overnight, and it’s been financially an extremely tough time, and yet you want to keep your employees safe.

RBR+TVBR: Looking back over the 55 years that KJLH has been on the air, including its ownership since 1979 by the Stevie Wonder-owned Taxi Productions, could this era be the most challenging one for the station?

KAREN SLADE: It is … because it has been going on for so long. During the 1992 civil unrest we had just such a hard time to get advertisers back on the station. The agency business went away. And, it took three or four years. In 2008 and 2009 [during the recession] it just dried up. But, we were back in just about 18 months. Now … this.

With the social justice call for change, there is some new interest.

RBR+TVBR: The social justice movement has certainly given renewed and important attention to African American consumers and media. What sort of new or returning conversations are you having with respect to advertising or sponsorships?

KAREN SLADE: I haven’t seen it come to fruition yet, but I see the silver lining in this, after all of the years of knocking on doors. Perhaps we’ve done the work and we’ve been here doing the good deeds, now is the time to get some inclusion in the decision making process.