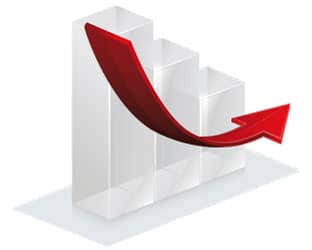 The Conference Board’s quarterly measurement of confidence among corporate chieftains showed a decline, although the severity of the dip varied from one global location to another. The decline in the US was said to be mild.

The top line Measure of CEO Confidence fell from 62 in Q2 to 54, due largely to significant deterioration of expectations in Brazil and India.

“CEO confidence declined in the third quarter as increasing uncertainty about the short-term outlook prevailed,” said Lynn Franco, Director of Economic Indicators at The Conference Board. “Expectations for growth in both India and Brazil deteriorated significantly, while the outlook for the U.S., Japan and China, despite less upbeat, on balance remained positive.”

There were big drops in two key areas. Only 33% believe conditions are better now than xix months ago, down from 60% on the last survey; and only 42% expect conditions to improve in six months, also down from 60%.

CEOs in Europe expressed positive sentiments, going against the overall grain. In the US, Japan and China, the pessimism was slight – in fact, in reporting its findings, CB said that on balance CEOs can be called positive in the three nations. As noted about, India and Brazil are where the preponderance of glum CEOs can be found.

RBR-TVBR observation: A recent RBR-TVBR report noted an uptick in CEO confidence, demonstrating the nebulous nature of this sort of business data, although the fact that the Conference Board reports US CEO confidence to be essentially flat means its closer to the earlier US-only report than is made obvious by the stories’ competing headlines.