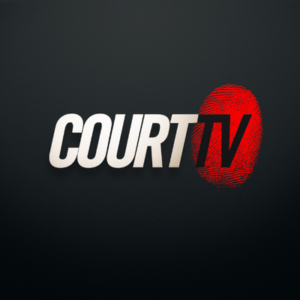 WEST PALM BEACH — In the television world, Katz Networks is the unit within the E.W. Scripps Co. responsible for targeted, demo-specific digital multicast networks seen across the U.S.

As of today, these networks are focused on African-American homes; on female-friendly crime and mystery programming; Western and action content; and sitcoms from the last several decades. Soon, Court TV will be added to the mix.

The new Court TV, available on free over-the-air television and not as a cable-based offering, will make its debut at 9am Eastern on Wednesday, May 8.

Ahead of the broadcast launch, a new courtv.com website was launched on April 15.

The Court TV weekday schedule will mimic much of what was seen on what is now TruTV, now owned by WarnerMedia Entertainment.

Live, gavel-to-gavel coverage “of the most important and compelling trials being conducted across America” will be seen, with Yodit Tewolde taking the morning shift at the Court TV news desk, anchoring trial coverage from 9am-Noon. Julie Grant hosts from Noon-3pm; Seema Iyer takes the chair from 3pm-6pm Eastern.

The three anchors are “seasoned journalists and lawyers who have successfully blended television and legal careers,” says Katz, led by President/CEO Leo MacCourtney, the new Board Chairman of the television industry’s sales leadership association, the TVB.

The first trial Court TV will be covering will be announced shortly.

When the court recesses for the day, Court TV will shift to studio-anchored shows. From 6pm-9pm Eastern in Closing Arguments with Vinnie Politan, a lawyer and former prosecutor who will serve as the new Court TV’s lead anchor.

“What SportsCenter is to sports, Closing Arguments will be to the legal world,” said Politan.  “Viewers will get nightly highlights of the trial we’re covering plus we’ll also tick through news from the other major true crime stories of the day. After our great, all-day trial coverage, it’ll be must-see viewing for those who want to keep up with everything happening in our nation’s legal system and courtrooms.”

Court TV has agreements with local TV station group owners for Court TV to reach more than 50%  of U.S. television households at launch through over-the-air broadcast, with concurrent cable carriage reaching 25% of U.S. cable homes. New York, Los Angeles, Chicago, Philadelphia, Boston, Miami, Washington and Detroit are among the major markets in which Court TV will be seen; more distribution agreements will be announced before launch.