With report after report of late illustrating the seemingly ceaseless wave of cord-cutting that’s upending the pay TV industry, it was only a matter of time before a research report emerged that put a date on when U.S. consumers will cough up more cash for streaming video than for MVPD-delivered channels.

That, according to Strategy Analytics, is coming in three years.

By contrast, spending on streaming services (such as video-on-demand and internet-delivered subscription TV) rose by 34% to $39.5 billion in 2020.

It gets more ominous for MVPDs in the following 24 months.

By 2026, Strategy Analytics predicts that pay TV will account for only 40% of spending on video and TV services, compared to 81% in 2016.

“The revenue picture gives the best illustration of the relative strength of new and old businesses,” Michael Goodman, Director of TV & Media Strategies, commented. “The fact that viewers are willing to divert an ever-increasing share of their entertainment wallet away from pay TV and towards new internet-based services demonstrates that the future lies with streaming video services rather than legacy pay TV players. This is a long-term transition, but there is no doubt that the writing is on the wall for pay TV as we have known it for more than 40 years.” 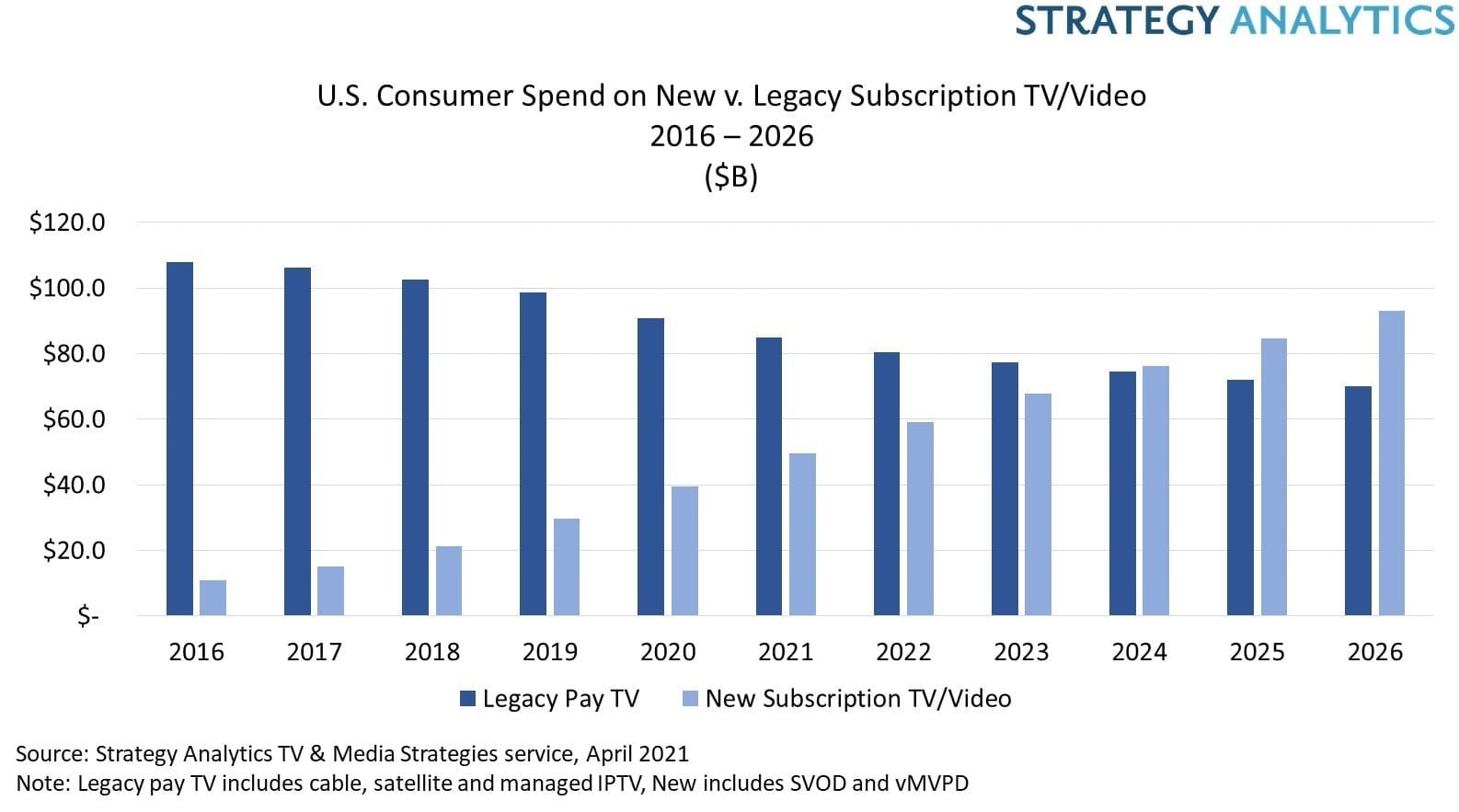