MIAMI BEACH — Normally, a collection of some of the broadcast TV industry’s most influential figures, from Nexstar Media Group founder Perry Sook to Byron Allen, can be found walking the halls of the Fontainebleau while attending a major global conference that also regularly attracts key representatives from top media brokerage Kalil & Co.

This year, due to the COVID-19 pandemic, the NATPE Miami conference is a virtual affair. And, it kicks off Tuesday (1/19) with four days of sessions that very much includes production — in addition to content, research and investment.

The January 19 sessions are focused on Revenue topics. For January 20, Audience is the track of choice. Then, on Thursday and Friday, respectively, are Content and Production sessions.

“The BIG Opening,” scheduled for 9am Pacific/Noon Eastern/6pm CET, is focused on the vision of television in 2021 and features a “fireside” conversation with an industry leader.

The two-part opener lasts an hour, and that’s followed by a 45-minute session those in the tech world that serve the broadcast TV industry may want to sit in on.

And, there’s a digital session that is likely of interest to many. 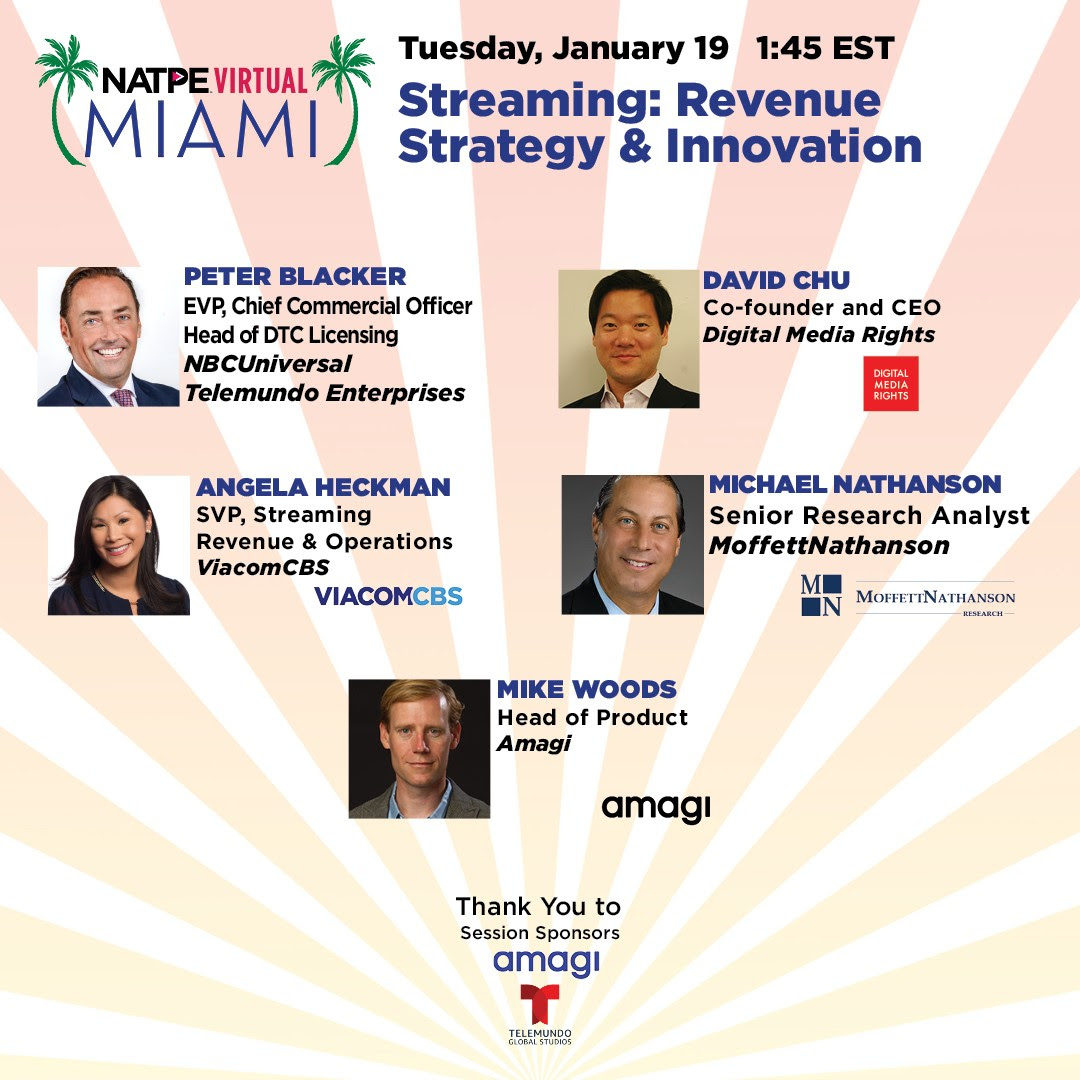 For those focused on Production, a full day of sessions on Friday is likely of keen interest.

The day kicks off with a discussion on MVPDs and the “programming, packaging, and promotion of content.” Then, there is a discussion on international co-productions, followed by what could be a very lively chat on whether or not  networks and local stations creating opportunities for affordable content in 2021.

In this two-part session, a leading distributor, Ira Bernstein, discusses the push and pull of the deal. The second part sees no-longer-retired comedian and Tonight Show host Jay Leno discuss his return to broadcast TV with the remake of the classic game show “You Bet Your Life.” He’s joined by Co-Host Kevin Eubanks and Producers Tom Werner and David Hurwitz.

Other highlights include a 1pm Wednesday conversation with FOX Television Stations CEO Jack Abernethy on the best strategic practices for retaining and growing audiences. That’s followed by a discussion between Meredith Vieira, Sherri Shepherd, and FOX EVP/Programming and Development Stephen Brown on the creative side of content as an uplifting force, especially in difficult times.

— With reporting from Adam R Jacobson