It’s well-known across broadcast media that Marc Pritchard, the well-respected and admired Chief Brand Officer at Procter & Gamble Co., believes in the power — and Return on Investment — of traditionally delivered radio and television.

In 2020, with some brands pulling back on their advertising activity due to the COVID-19 pandemic, P&G increased its outreach to consumers, according to new data from Media Monitors.

Specifically, the consumer products goods giant aired 23,154,642 spots in monitored markets on radio, broadcast TV and cable in 2020. That compares to 18,913,975 during the prior year, based on iHeartMedia-owned Media Monitors’ rankings of the top 100 advertisers for the year.

By specific brand, GEICO was again the nation’s No. 1, airing 6,984,053 instances – also an increase over 2019 – across local cable, broadcast TV and radio when combined. 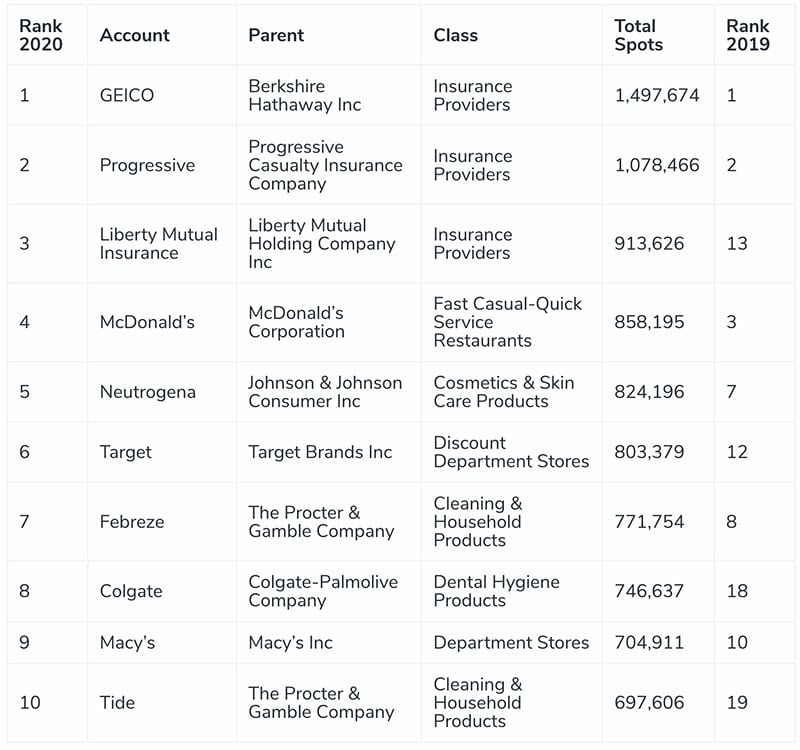 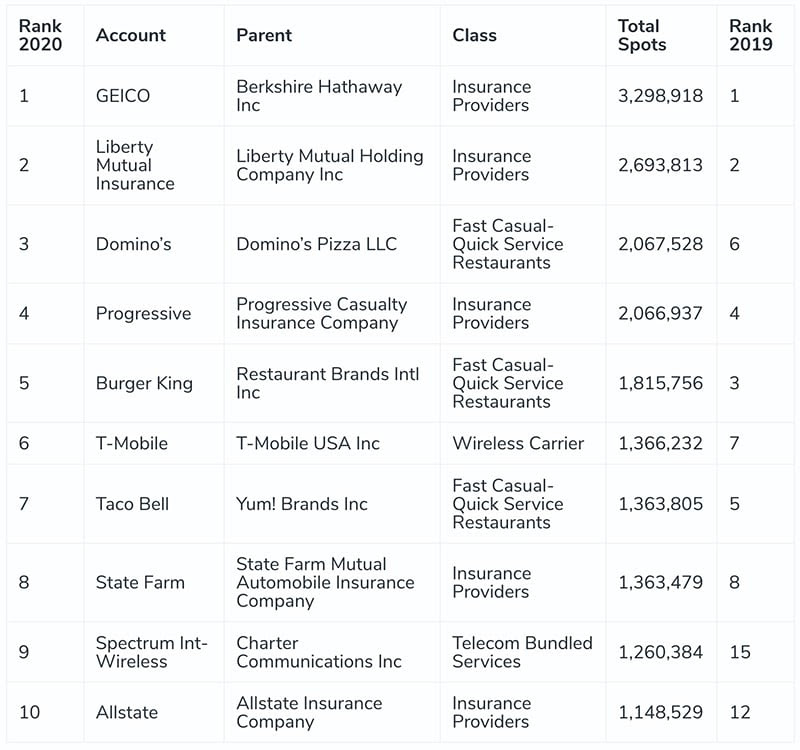 P&G, when combined, was No. 2 at radio — suggesting that some 20 million of the company’s spots were in visual media.

Don’t be misled by the disparity. “The company increased advertising of its brands in all channels, but particularly in radio, where it increased the number of instances by 44%,” Media Monitors President/CEO Philippe Generali said of P&G’s activity in 2020.

Meanwhile, as the pandemic upended normal routines, an opportunity was created for some advertisers. Language learning app Babbel rode a wave of increased interest in online education, Generali noted. The company advertised more on radio, where it entered the top 10 at No. 5.

Interestingly, Allstate jumped to No. 6 from number 57, while Quicken Loans entered at No. 8, up from number 18. Allstate of late has largely been outside of the Spot Ten Radio weekly reports produced by Media Monitors. 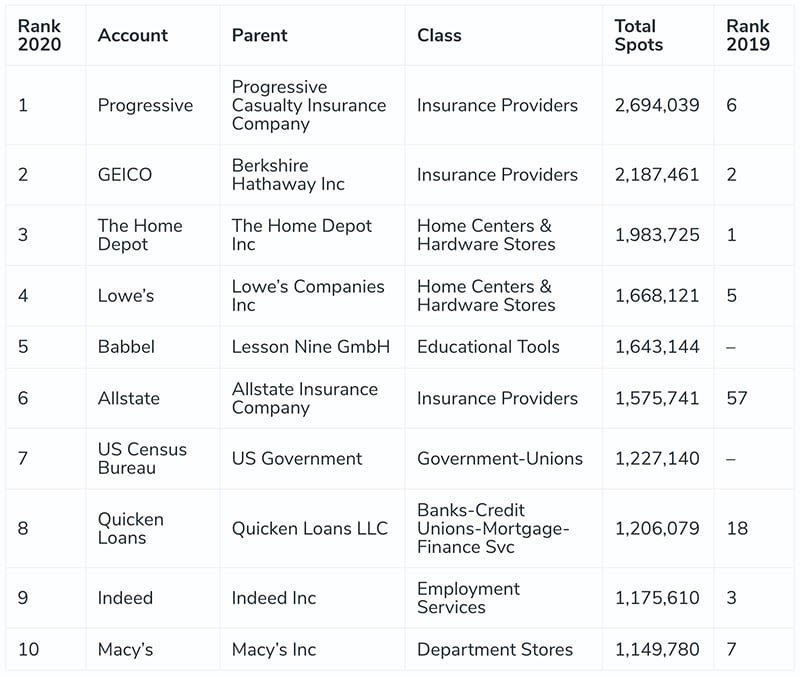 “There are many reasons for advertisers to be optimistic about 2021,” Generali said. “With the presidential election behind us, advertising inventory will increase. And now that vaccine distribution is underway, people should  soon be able to move about safely, creating more new opportunities for advertisers’ products and services.”

How to Up Your Sales Game