One month ago, COVID-19 concerns were far from the Boston area. As such, a ribbon-cutting ceremony for a brand-new $125 million media center for NBCUniversal attracted state, city and local official.

They’re nestled inside the Needham Crossing Business Park home of NBC Boston. Five Solid State Logic System T AoIP-networked audio mixing consoles are in place, and handle all facets of broadcast audio production at the six-studio complex, which was designed and built on a SMPTE ST 2110 IP backbone.

“It was truly a pleasure working in partnership with SSL to build NBCU Boston’s new media facility,” said Jason Kornweiss, VP/GM of Diversified Emerging Technology & Solutions. “Their product ownership, comprehensive engineering training and support for the customer is impressive and we look forward to opportunities to work together again in the future.”

NBC10, Telemundo Boston and NECN President/GM Chris Wayland, who also serves as GM of NBC Sports Boston, described the complex in a local news report as “the most spectacular news facility in the world.” 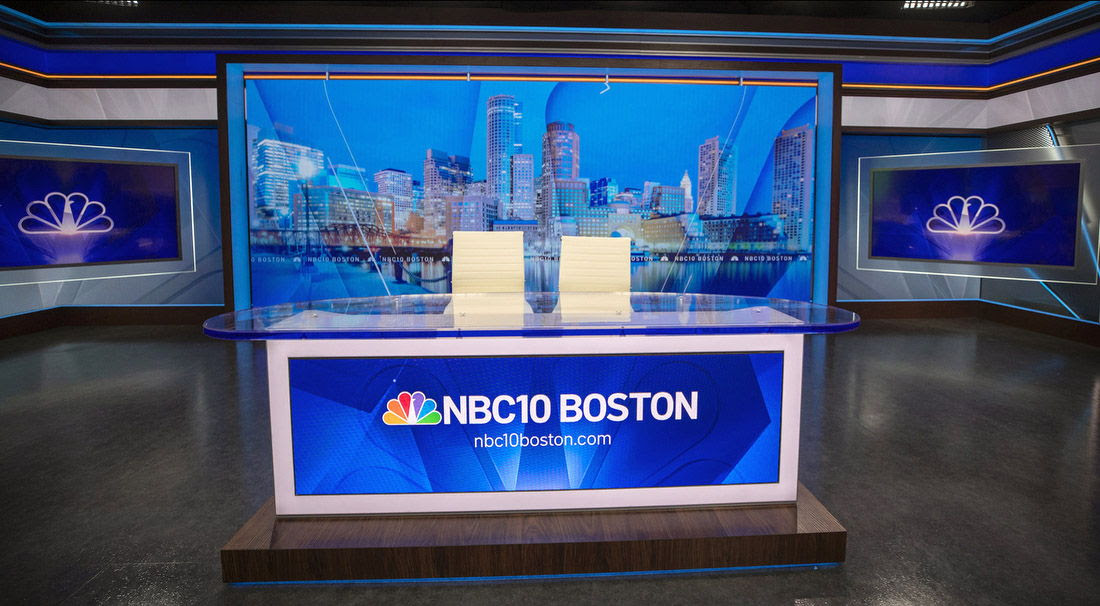 Wayland was previously SVP/Station Manager and succeeds Mike St. Peter, who leaves his role as President/GM of the Boston stations and NECN to take on a temporary corporate level position that will support the division’s news operations.

The co-location of the local news, regional sports network and regional news network is designed to better serve audiences across all platforms with English- and Spanish-language content. Working with NBCU’s team, systems integrator Diversified built the technical infrastructure to be as compliant with the SMPTE ST 2110 Professional Media Over Managed IP Networks suite of standards as is currently possible, enabling facility-wide collaboration. The ST 2110 IP infrastructure will also allow the facility to adapt and scale its capabilities and operations in the future with minimal additional investment.